Does it hint at where dead bunny will lay beneath?

For tis below the surface he arises

A cast so talented (and multi-charactered) they would be met with success from every school in the country – familiar with My Dead Bunny. A production so in-sync, so tight, so well-rehearsed there would be repeat theatre goers. The depth of talent is one well appreciated within the intimacy of such a personal space. This was all made possible through the initial vision of illustrator James Foley who was guest of honour at his book’s adaption when it premiered September, 2017 in Ipswich. Foley was also a presenter at the Story Arts Festival Ipswich (SAFI) during the student and adult programs. 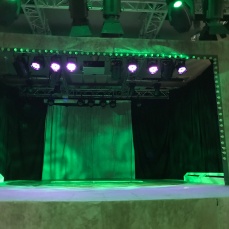 Before the mayhem begins

From book to Play in Ipswich

Archie Horneman-Wren, as the boy, has a voice and a talent which will be noticed as he progresses within this career path. If he’s not noticed, then they be deaf and blind.

His Mum, Keziah Dos Santos (Zombie Trio/Joan/Fluffy) and his Dad, Will Boyd (Roadkill Bill/Willard the Worm/Samuel), spot on, as the overprotective parents who don’t believe their son’s concerns. They soon do, and hence you are instantly journeying with the trio. His sister, Indigo Macrokanis (Stan/Zombie Trio/Bellboy), fabulous, as one of those annoying, eye-rolling sisters who don’t give their brothers the time of day – until it is too late for her. Then she continued on to play Stan, one of the boy’s best friends, who later tangled with her zombie pet cat, Fluffy. I reiterate again, behold the depth of a multi-talented cast. 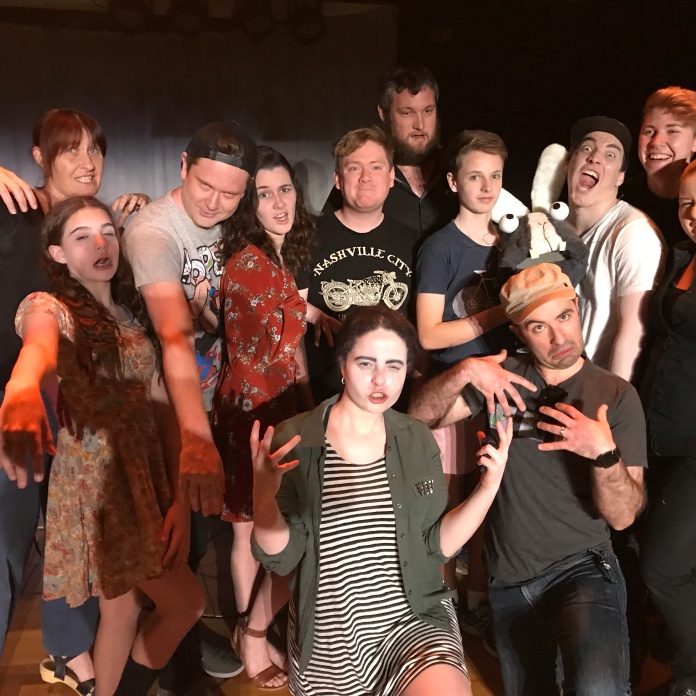 The infamous Bunny Brad as Gary Farmer-Trickett (Weyland the Worm) was so convincing that a young boy was sent crying – for alas his cute cuddly bunny had been replaced with a 6 foot grubby white, grass stained zombie bunny. I wasn’t far behind, but held onto my seat for it was threatening to leave without me. Jermia Turner (Zombie Trio/Doctor/Connie) as Billy, one of the boy’s best friends had a pet before becoming Roxanne, the zombie dog. And Narrator, Bradley Chapman, was the thread that pulled the front of stage seamlessly together.

The ‘behind the scenes’ creative talenteds have deftly adapted this book as a play. Playwrights Timothy Wynn (Director and Producer) and Cassandra Ramsay (Creative Producer) with music and lyrics by Lizzie Flynn are the stainless nut and bolts who have lifted the words from the page onto the stage. Further adding to their success is Assistant Director and Make-Up artist, Nick Smith, Stage Manager, Courtney Mayhew for without them the performers and stage would be a blank screen. Hence, Production Designer, Nick Smith, Timothy Wynn and Choreographer, Mara Glass have brought the set and characters to life. And without the Sound Designer, MSG and Instruments arranged and played by Alex Neil – you would hear nought. 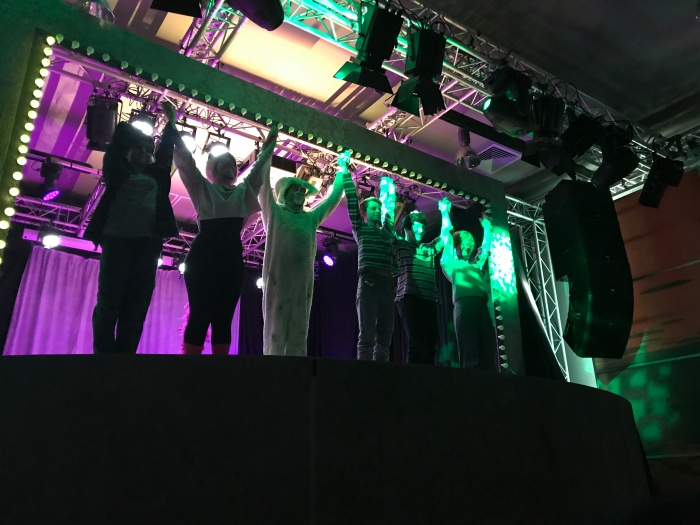 This production was based on the book by Sigi Cohen and illustrator by James Foley. Adapted for the stage by playwrights Cassandra Ramsay and Timothy Wynn with music and lyrics by Lizzie Flynn.

It was a pleasure to see the cast and crew, with illustrator James Foley, at their opportunity for a shared camaraderie. 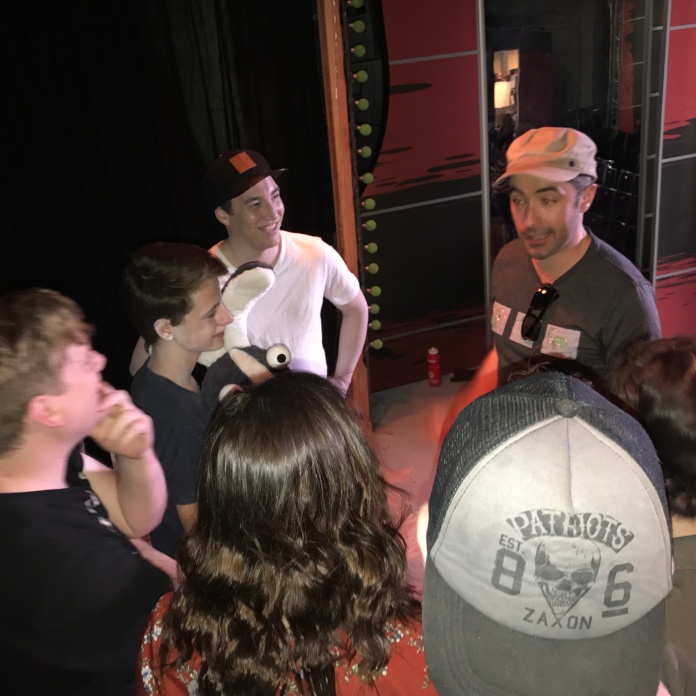 * I have added the information below for I believe it is not the last you will see of this talented cast, production team and crew or Dead Bunny.

By That Production Company

After his pet bunny Brad perishes in an electrifying accident, a young Boy struggles to say goodbye, but following a bizarre chain of events, it would seem that Bunny Brad’s journey isn’t quite over.

Odd odours, eerie earthworms, and strange shadows can only mean one thing – there’s an undead bunny going bump in the night. But with a cast of eccentric doctors, bizarre besties, creepy crawlies, peculiar parents, silly sisters, and ghoulish guests… defeating the undead may be a little tricky.

Delight in this new hare-raising musical adventure for the whole family bringing the creepy and hilarious picture book by Sigi Cohen and James Foley to life (in a deliciously zombie kind of way).

Created by THAT Production Company, the team behind the stage adaptations of The Tuckshop Kid and Eric Vale Epic Fail, this new premiere will thrill audiences of all ages.

You’ll be hopping mad if you miss out on this zombie rabbit tale – book now.

Presented by THAT Production Company
Premiering as part of the Story Arts Festival Ipswich (SAFI)Based on the book by Sigi Cohen and illustrated by James Foley
published by Walker Books Australia Pty. Ltd
Adapted for the stage by Cassandra Ramsay and Timothy Wynn
with music and lyrics by Lizzie Flynn THE CREATIVE TEAM: Follow us on Facebook to meet them all in the coming weeks!

Cast recording supported by the The Regional Arts Development Fund (RADF), a partnership between Queensland Government and Ipswich City Council to support local arts and culture in regional Queensland.

This production has received financial support via a community donation from Cr Andrew Antoniolli.

THAT Production Company would also like to thank the support of Walker Books Australia Pty Ltd.