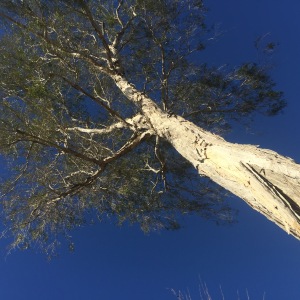 The children are running across the riverbed, kicking and flicking sand in their wake. Their squeals and screams echo down the corridor of the dry creek embankments.

The sound of children playing in the Australian Bush overrides the chorus of birds and reptiles all flying, slithering or crawling away from their delightful innocent sounds. 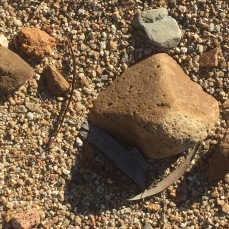 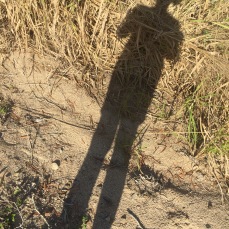 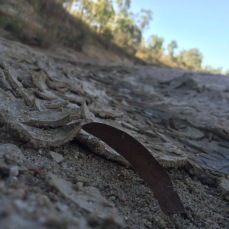 ‘Time to cut up the watermelon,’ one child yells out – not sure which one of the 12 kids. It’s just like Pavlov’s dog, with the mere mention of ‘watermelon’ and they all come running.

Wearing his battered Akubra, my brother is on watermelon duty. The rich red flesh is a contrast against the parched earthy tones which surround us. Juice is dribbling down their arms, children are gabbling and laughing after throwing frizbees and running up and down the sandy bed playing tiggy. 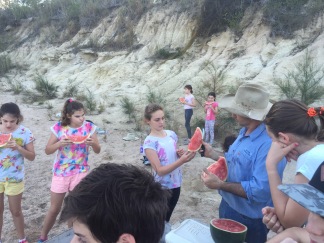 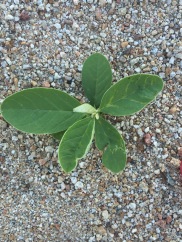 They don’t notice the majestic paperbarks, ironbark, poplar gums and other eucalypts 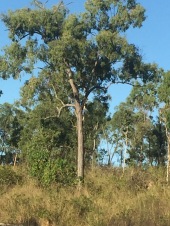 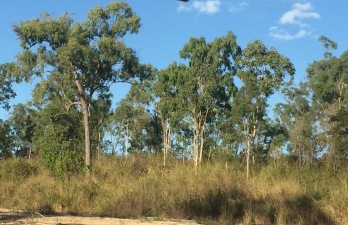 as a backdrop; or the sculptured river bank, or parts of the floor bed like cracked tiles forming their playground’s enclosure. How lucky to have this open space to run, play and hide, right at their backyard, in the Aussie bush. 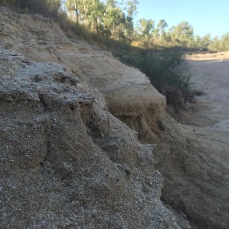 The city cousins recently visited their country cousins. No technology was allowed out here in the bush. Games were simple, using a dry creek bed and later back at the house, they tucked into a barbecue dinner and marshmallows around a campfire. They had the best time ever in nature’s backyard. Many wonderful memories were made and many cousinly friendships continue, until they reunite for their next adventure.

8 thoughts on “Children in the Australian Bush”

Avenue of Pines. #paronellapark #pines
Dragonfly glistens🍃
✨May 2020 be the start of much kindness and friendship. It started as one photo on Christmas Day 25.12.2019. It lead to a series of photos. My son’s facial expressions are worth the post.🍃 Pics 9 & 10: myself and Kerrin in 2019 and 1990 are appx 29 years apart - priceless.✨
Two days in the now beach walking.
Great granddaughter and great grandmother, nina.
Moki my family’s Rottweiler pup who loves snuggles. #pup #rottweiler #dogsofinstagram #dog #snuggles #thoseeyes #eyes #cutenose #makemyday
A little girl and her curls✨
An egg. More specifically, an egg laid from my Mum’s chooks. #chooks #hens #egg #eggshell #organic #freerangeeggs #freerange #eggsofinstagram #eggciting #photooftheday