My family is important to me. This photo sees me as having reached the mother and aunt stage of my life. I have taken this special photo of my family: my nieces, nephews, and my son; the powerlifter. However, my four siblings are standing behind me. They have laid claim to my gorgeous munchkins. At having achieved the big sister status, I have come a long way since I started as an embryo, a baby daughter and then big sister 12 months later. I achieved big sister status when my younger brother came along. He is still the second eldest, as I am still firmly on my perch.

Over 12 years, I became the big sister of seven younger siblings. Thoughts of being bossy were soon knocked out of me, as my younger brothers grew up.

One year on, in 1979 and still fresh out of boarding school, I became a wife.  As my siblings took on their worldly responsibilities I finally became an aunt, which brought me such joy. However, my own motherhood plans took until I hit 30, where I finally became a proud mother to the powerlifter above. Fortunately, he only weighed 8lb 5oz (3.77kg) compared to now 309lbs (140kgs) in July 2016. It was in 1990, on Easter Monday; after I had indulged in far too many Easter eggs, that he graced us with his presence. After some 12 hours he slipped into the world at 6:15pm. 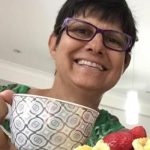 4 thoughts on “Proud Aunt and Mother”